Working in Corpoland often feels like being a rat running through a scientist’s poorly designed maze. Disjointed requests result in unnecessary work, 80% of calls could be avoided if only we trusted our colleagues reading comprehension, and our compensation for working hard to get through the experiment rarely feels more rewarding than a wedge of cheese.

One of the biggest issues with this imperfect corporate chaos is it pushes many of us into project survival mode. We become familiar with feeling feel behind and lost with what the ultimate goal is; we don’t see or believe there is a plan. Each day becomes one of two extremes: we are bored to death by the mind numbing work, or we are on the verge of cardiac arrest due to the stress and impending disaster of…the mind numbing work. We’re just trying to get to next immediate sign post. We’re just trying to make it to the next day.

We embody Marge Simpson’s approach to piano lessons. We don’t know how to play the piano, but we’re confident we just have to stay one lesson ahead of the kid.

An absent sense of bigger purpose can be a death sentence for motivation and satisfaction in whatever we’re doing. It doesn’t always have to be a transcendent idea that aligns to our existence, although that’s the dream, but it has to be a vision sufficient enough to offer clarity on what it is we’re trying to get done and why. We just won’t always like our jobs, every aspect of our hobbies, or really even being alive sometimes. Just not really in the cards (you guys feel this way too, right? Right?!). But understanding what we’re trying to do and why it matters (and how it impacts us) changes human perspective and motivation in a disproportionately positive way.

While reflecting on filming The Pickup Artist, Robert Downey Jr. discusses one of his earliest lessons in acting. A producer on set coached him by repeatedly asking, “What’s your action?”.  Downey Jr. then runs through the list of various activities in the upcoming scenes (trying to pick up girls, driving a car). His producer finally stops his guessing and explains that his action he is trying to get to work but he’s distracted by his addiction to trying to pick up women, he’s trying to get to work. He boils the entire movie down to the ultimate purpose RDJ’s character is going through in that part of the film. This simple yet pointed realization provided the foundation of purpose RDJ could then build his performance from. It was something, as long as it was relevant, to check in with and use as a guide.

When determining what we should do next and why it matters, it’s critical that we take a step back and understand the reasoning behind what we’re doing. This is often the hidden but obvious most important thing in all that we do. Our work, our hobbies, and even our relationships. Now that doesn’t mean we should attempt to become an existential puppet master and attempt to plan and reason out every single aspect of our lives. But I do believe the absence of knowing the why is a deviously silent undercurrent that causes many of our problems in the things we actually care about.

Not knowing the why at work immediately accelerates our dissatisfaction and disengagement, even if the job already sucked. And even if it’s great! Not knowing the why in our hobbies and personal lives results in us never starting or prematurely abandoning projects. These personal projects are likely to both be difficult and very rewarding, one day, if only we could craft a vision around them. And not knowing the why in our personal lives can result in behaviors that carry more venom and arrogance rather than love and understanding. It’s easy to pick a fight over the kind of bread your partner brings home when you forget there’s no winner at the end of handling it like a baboon.

In their book Extreme Ownership, former Navy SEALs Jocko Willink and Leif Babin discuss how imperative it is that people understand the purpose of what they’re trying to accomplish (in this case, the purpose behind a life endangering mission). It’s critical that people understand the why. That they know it and believe it. Jocko expands on this point with an example where the stakes were truly life or death: their SEAL unit fighting in Iraq was tasked with involving the poorly trained Iraqi army to fight alongside the SEALs in all future operations. There was vocal dissatisfaction across the broader SEAL teams as this posed an immediate risk to the safety and success of everyone involved. After reflecting on the purpose himself, Jocko elaborated on the why with his team:

“Well let me ask you something,” I continued. “If the Iraqi military can’t get to a point where they can handle security in their own country, who is going to do it?” The room fell silent.

Missing this purpose isn’t always our fault, especially with work. It’s a notoriously difficult task to define a clear, written vision for the business which actually makes sense. It’s then especially challenging to communicate that clearly to a team and relate it back to them. Some businesses seem like no matter how hard they try, they just can’t do it. Others seem like they simply don’t care to even try.

Creating a vision – establishing a why – is a demanding task which is hard to commit to. That’s part of what makes the original Tesla Master Plan  so impressive and a perfect example of having a clear vision. Of knowing the why. There is a more detailed explanation for what and why Tesla is trying to achieve, but the plan boils down to four steps (outlined in the article itself):

This master plan article was written in 2006. And don’t mistake the plan with execution, the work still needs to get done and there are hundreds if not thousands of decisions and tasks to be completed, but the goal was always clear: for whichever of these four steps we’re focused on, is what we are doing enabling that goal? Are we moving the right way?

Businesses and individuals alike would kill for that kind of clarity. Dozens of books, seminars, and therapy hours later, and the vast majority of us still don’t have it. Again, life goes the way it goes, plans can only take you so far. However, swap the idea that life has to go a certain way with the idea that visions and plans, knowing our personal why, point us the right way to go.

Even in the comparison above where I point out it won’t always be our fault if we’re missing a vision, unfortunately it becomes our responsibility. Is that job satisfying our savings or personal time goals? Maybe that becomes the why and we optimize what we can at work. Is the job a soul sucking dumpster fire causing us to see more of hair pile up in the tub? Time for us to check in with and even redefine what our life goals look like. And that kind of vision inherently goes beyond the walls of whatever business we currently work for, making it clear the responsibility comes back to us.

Knowing the why is helpfully examined through the lens of work and business, but it’s impact is so far beyond that. We are not simply our jobs. The time outside, where the rest of life happens, we have to architect. Oh, and we pretty much have to architect the work time too. The reason it often feels like we can’t is a lack of clarity, a lack of confidence, not spending enough time thinking about what it is we want (or at least want to try), and that the unrelenting force of inertia will carry us into the future even if we do nothing.

Waiting as life passes you buy to ‘see how things work out’, to me, is insane. It’s something people tell each other because no one actually knows what’s going on or what to do. And that’s ok. But assuming that some divine clarity will enter your life and provide a guiding North Star to follow out of thin air makes no sense. It’s like sitting next to your phone, refusing to do anything else, waiting for the phone call that will change your life even though no one told you to expect a call.

If you’re not sure what you’re doing, across the board, and you want to know, no one is going to tell you. Even if they do, it will likely be unconvincing because you won’t feel as though you’ve thought for yourself. You will still feel like that edge of self-determination is missing. We have to spend time discovering and defining the why, only then will we truly believe in it and act. This, is one of the most important things. 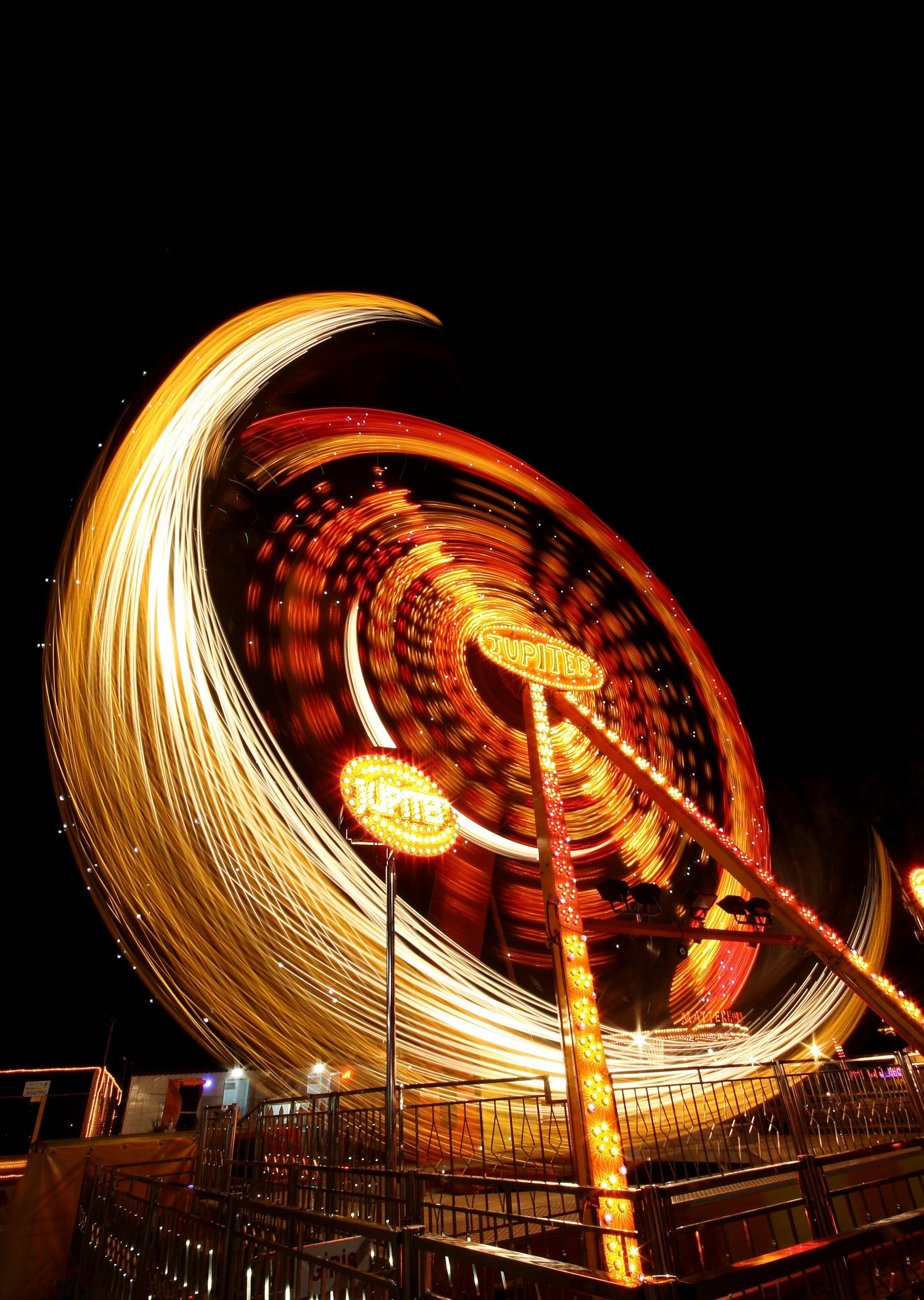 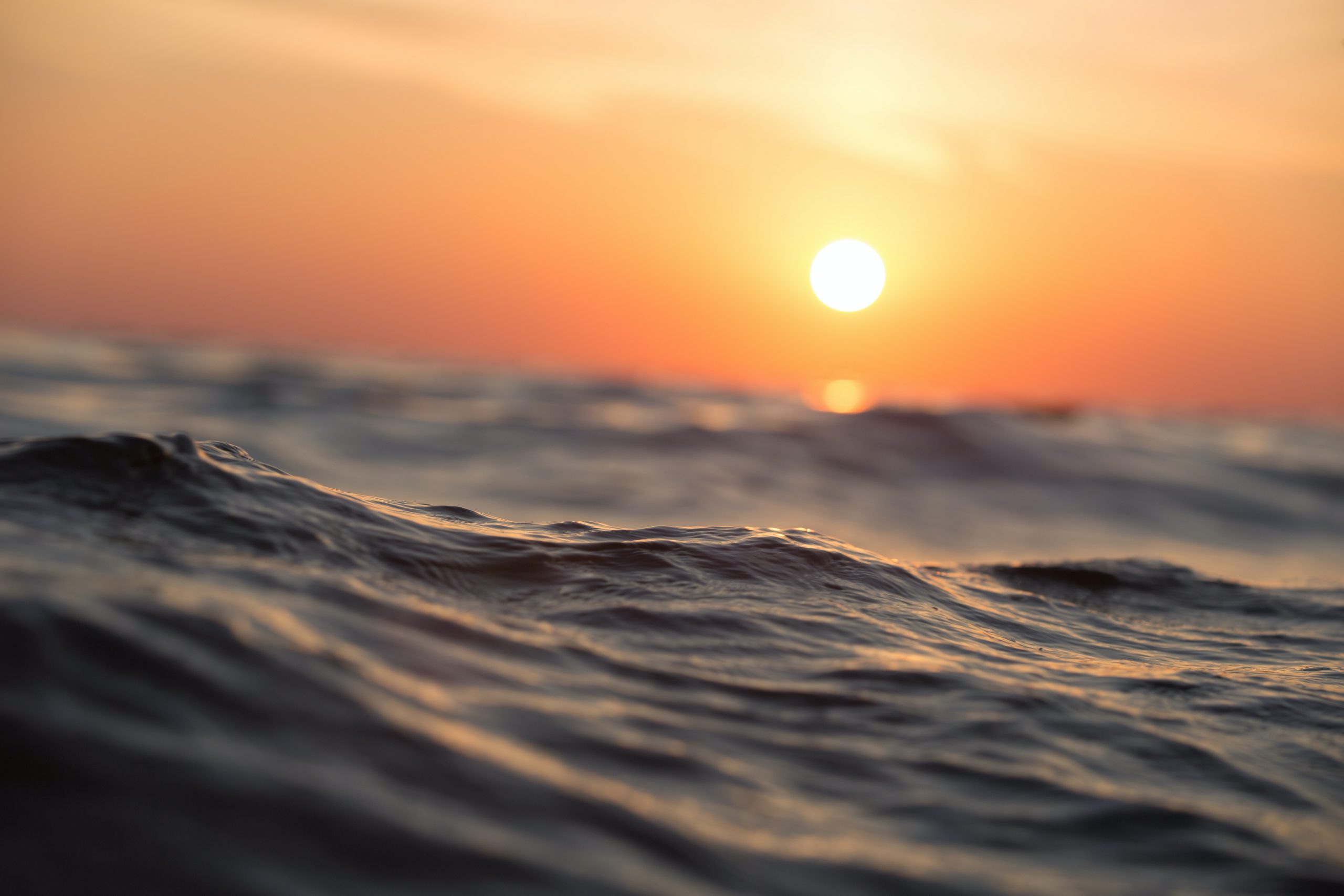 I’ve been skydiving once. I have a clear recollection of that day and how I continued to process what was happening. The weight of what I had committed to settled in as I drove deeper into endless plots of corn and soybeans. On that drive I realized I didn’t know 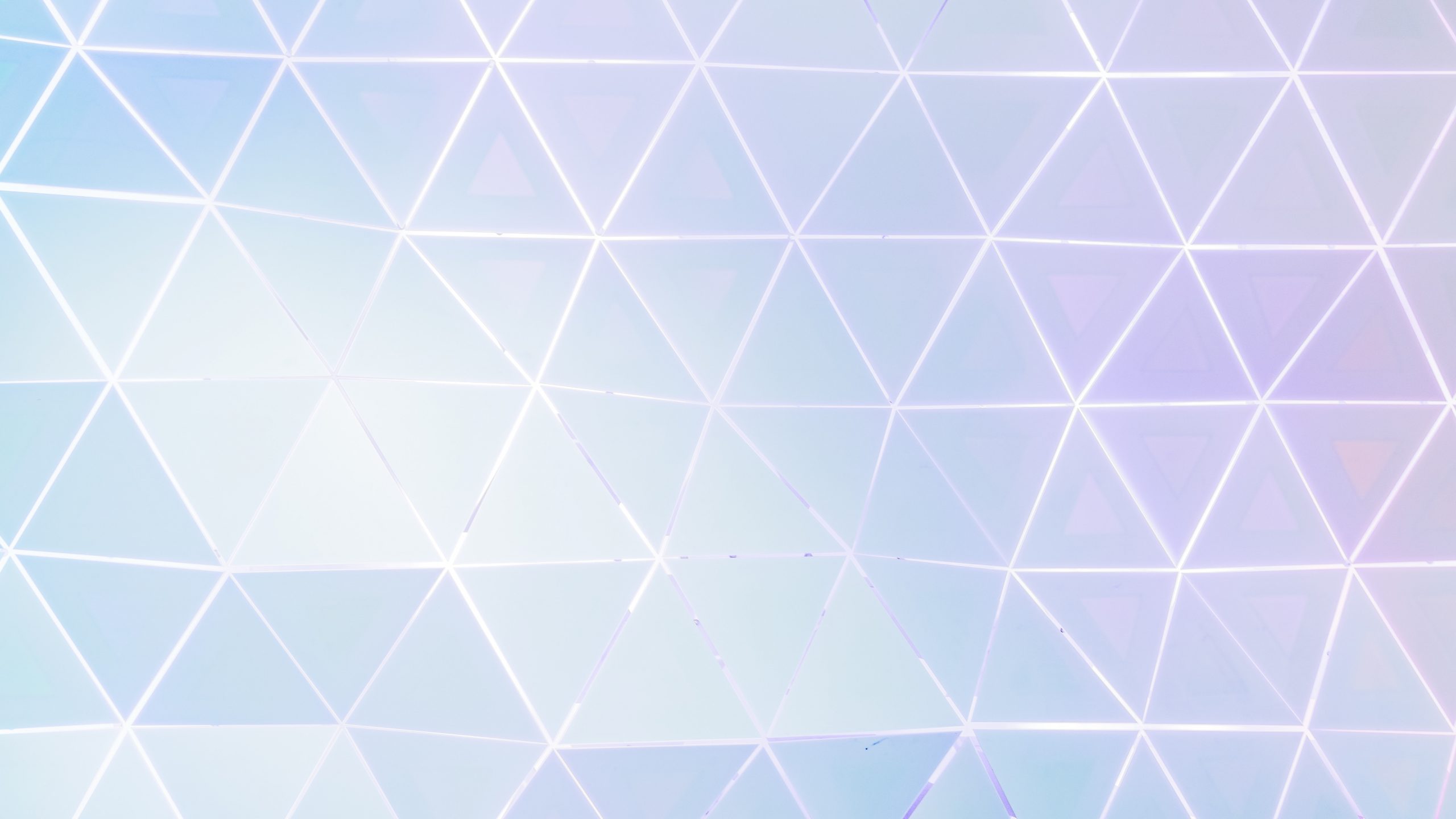 Minimalism, or more specifically “simple living” is a philosophy that focuses on…simplifying your lifestyle. It colloquially centers around reducing excessive material goods, not focusing on the pursuit of material wealth as a source of purpose, and overall living a more virtuous, simple life. I like to think of it as 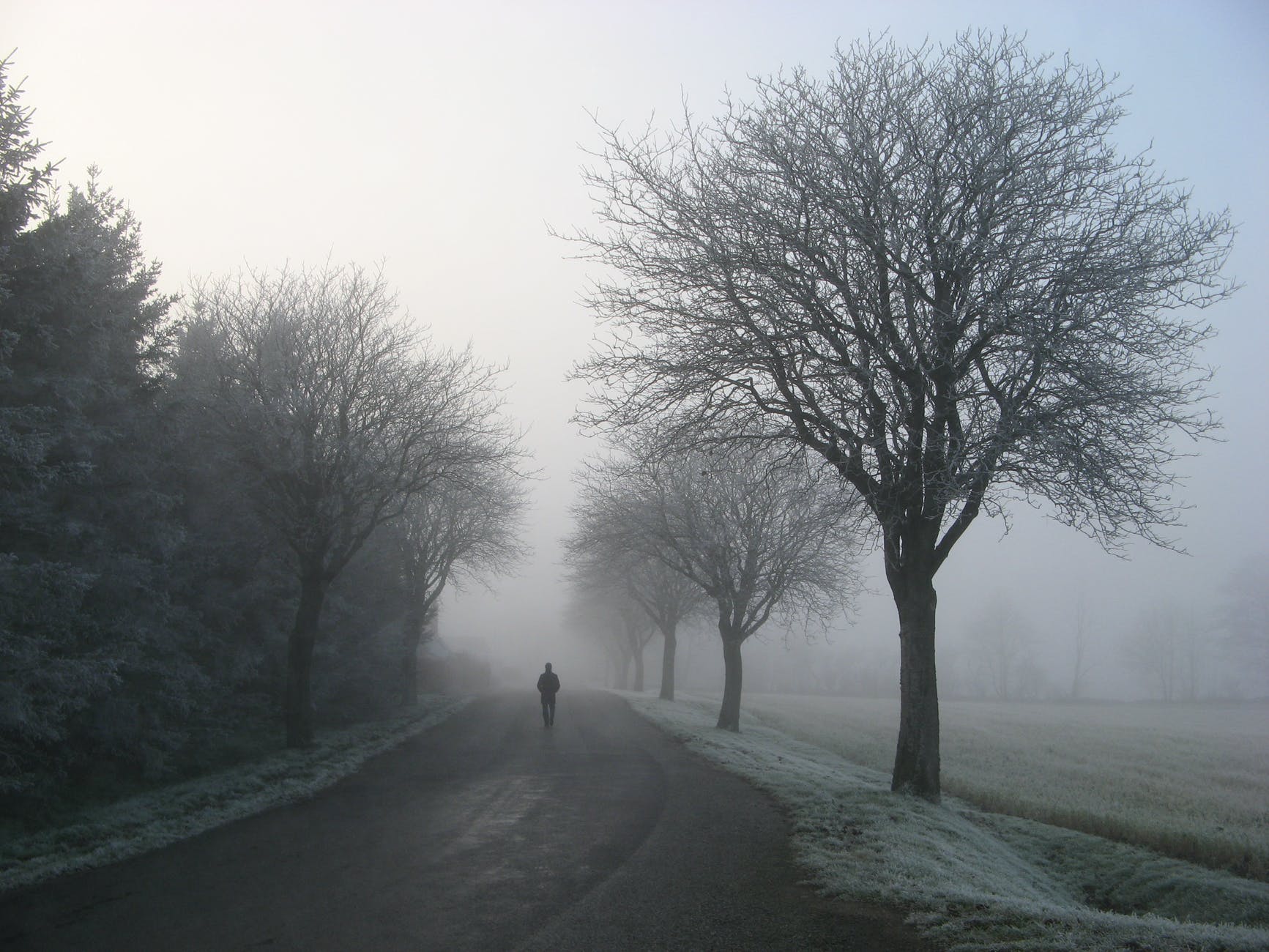 Working in Corpoland often feels like being a rat running through a scientist’s poorly designed maze. Disjointed requests result in unnecessary work, 80% of calls could be avoided if only we trusted our colleagues reading comprehension, and our compensation for working hard to get through the experiment rarely feels more