I love the Marvel Cinematic Universe (MCU). The trend started over 10 years ago with Robert Downey Jr. as Iron Man has been a wildly entertaining and enjoyable ride. The films have undoubtedly had a positive impact on our social culture in their relatively short existence (while acknowledging how long comic books and supporting media have been around..). Maybe not in a way that has Oscar buzz around it, but in how we can all connect with each other and relate to the world around us. They’re the kind of films that give you a good laugh, make you feel that unlikely outcomes are within your grasp, and – if you all enjoy the movies – give you a really fun common thread with the people you care about.

It always makes me feel silly having material takeaways from such abstract and fun movies, but I just can’t seem to stop myself. In Avengers Endgame, there’s a particularly sentimental scene that has a special place in my heart. Thor finds himself back in his home world of Asgard speaking to his mystically insightful Mother. He has spent several years in a downward slump after a critical failure in his role as God of Thunder and an Avenger – failing at a moment that defines who he is meant to be as a person and hero. He’s transformed from a fit and determined hero, to an overweight, Big Lebowski dressed hermit. A shell of his former self, he is far more apathetic and distant. He still agrees to try and help the Avengers, but is clearly missing several steps and his former confidence. His mother reminds him that our goal in existence is to be the best version of ourselves, to live up to who we are uniquely supposed to be – and we’ll all fail at that, but returning to attempt it again is what defines us. When he is about to leave, he pauses, raises his hand and after a brief dramatic delay – Mjolnir returns to his grasp. Relief and joy washes over his face as he laughs and utters “I’m still worthy”.

Thor’s infamous hammer, Mjolnir, has some unmistakable qualities. Perhaps the most notorious, is the ability for its wielder to toss it and summon it at will – its flight only ever being stopped by the wielder’s grasp. The guiding principle behind this ability is an enchantment casted by Odin – “whosoever holds this hammer, be he worthy, shall possess the power of Thor”. The ability to wield the hammer specifically, was grounded in worthiness. This is a critical piece of how we see Thor become a more selfless and virtuous character over time.

The reason I love that scene so much, is because it shows that even in his darkest failure, suffering from shame, depression – however you want to define his funk – even when he has lost confidence in himself, that didn’t make him unworthy. Going through a prolonged struggle where he felt lost didn’t make him stop being Thor. It was simply another obstacle he had to work through.

“How long are you going to wait before you demand the best for yourself?”

No one is immune to struggles. We all handle them in our own way – actions, habits, perspective – but we all still face them. I think in moments of vulnerability it’s easy to lose yourself and stop appreciating who you are and your worth as a person. We start to listen to narratives in our head that are often false or discouraging. And worse, we treat it as our inner monologue of advice, and it’s advice we wouldn’t dare give to someone we cared about.

I look at this quote listed above every day. It has 2 uses for me:

We’ve all had or heard about runaway projects where support from the project team was getting thinner while expectations were getting broader. The planning and timing of completing tasks seem to occur without any regard for your division of the project even though you are all dependent on each other. We get slammed with meetings all day, get requests after hours with asks of them being ready by morning, and we feel a heavy guilt that it’s our duty to get it done. And it often feels like it’s only happening to us.

In those situations, it becomes a powerful struggle to maintain a good mindset and respect boundaries with work. Motivated team members see it as their responsibility above all else to get their job done. The fear of losing face at work or not making progress can cause us to do things that may be bad for our personal health but benefit the project or company. Overall, we can be launched into a head space that does a disservice to our general well-being. We workout less, sleep poorly, and don’t take time for outside hobbies. It throws us into a funk that can manifest itself as making us feel powerless and unworthy. Why should things change for us? Who are we to complain?

I speak on all of this from frustrating personal experiences. My only point is that we are all inherently worthy and deserve respect. We deserve to live in a way that makes us feel healthy and motivated. That doesn’t mean we won’t face long work hours here and there, or that we face a challenging road ahead of us if we are chasing a dream, it just means that our capacity to have self-respect and compassion shouldn’t be dictated to us. It shouldn’t be wiped out by external events where we may have made a mistake, or something bad was done to us. You never really “solve” that problem, especially with work, but you can find out what works for you. I have been fortunate to be able to say no more often and set more rigid boundaries. I’ve still ended up with all-nighters, been thrown into an angry funk, and worked longer days here and there. But in general I have been able to reverse the trend from when I first started my career. and looking back, I definitely could have started cultivating these skills sooner. It’s whatever works for each of us in our current situation that counts. All leading back to ensuring we don’t lose that sense of worthiness in a struggle.

On the personal side, we all end up in a funk here and there. We can get lost in “why me” narratives – who are we to do something different or complain about our situation? We can be stuck like a rudderless ship – overloaded with potential decisions and being so scared to decide that we end up doing nothing – that’s safer than being wrong, right? Or we might just be feeling sad and defeated – something just doesn’t quite feel right. Any sort of negative experience or head space fills our mind black clouds, and it obscures the simple truths – we will all struggle and falter, but we still have the power to choose how we face those moments, what we act on, and that we are still worthy. We’re still ourselves. That doesn’t mean we won’t do things we’re not proud of, that we won’t fall back into a rut – who can promise that will never happen again? Nobody. But simply by reminding ourselves that we can change and that we as a person are worthy, maybe we can all capture a little bit of that joy Thor felt when Mjolnir returned to his hand after all those years. After all, he didn’t become worthy in that moment, it was just a reminder he had been worthy the whole time.

PrevPreviousA Rudderless Ship
NextA Walk Through A Garden Of EdenNext 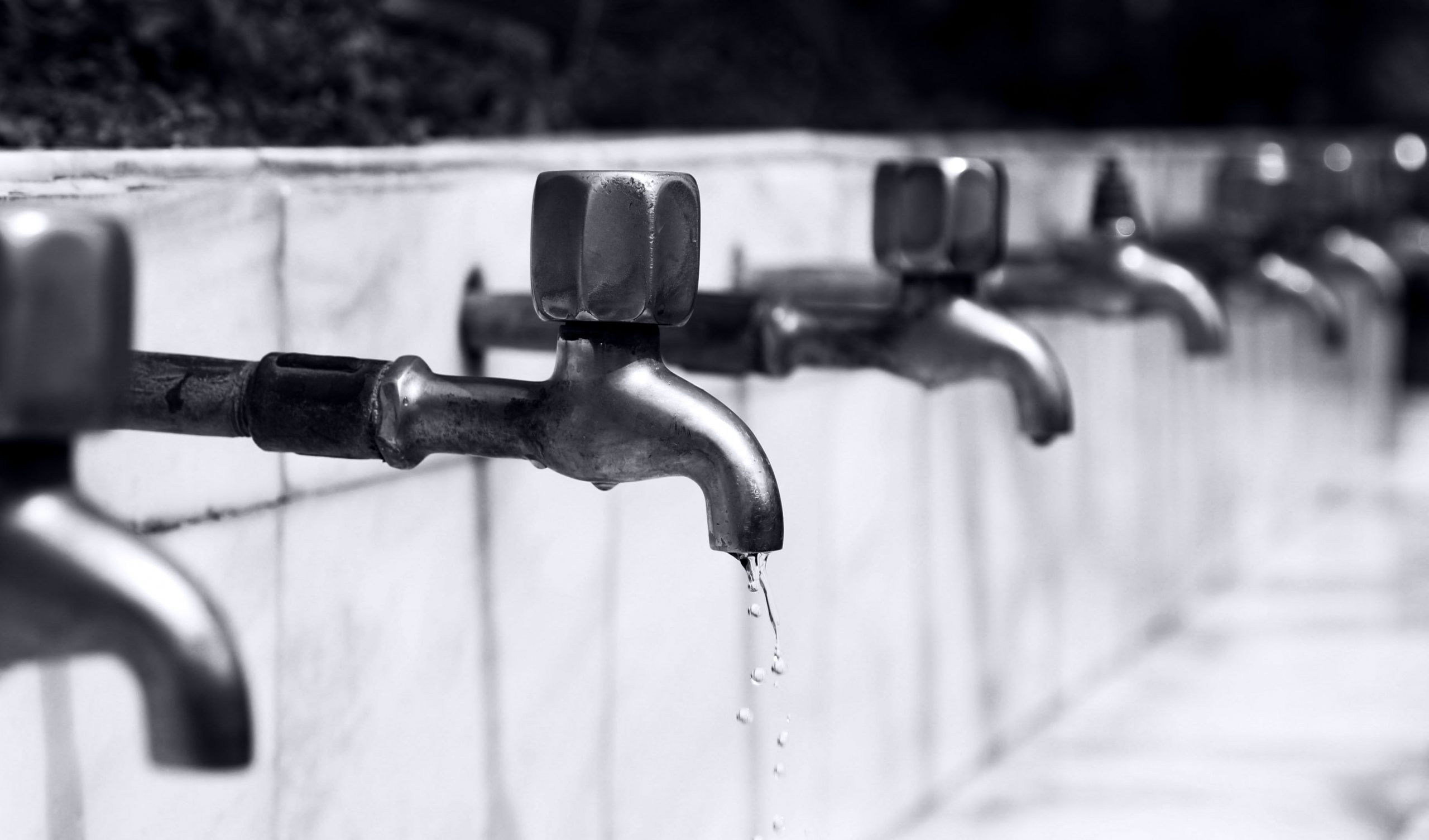 I was so close to not writing this. That last moment where you nod and confirm you’re going to hold of doing something until tomorrow when it was meant for today – I was at that moment and knew I’d regret it if I did it. Today was just a 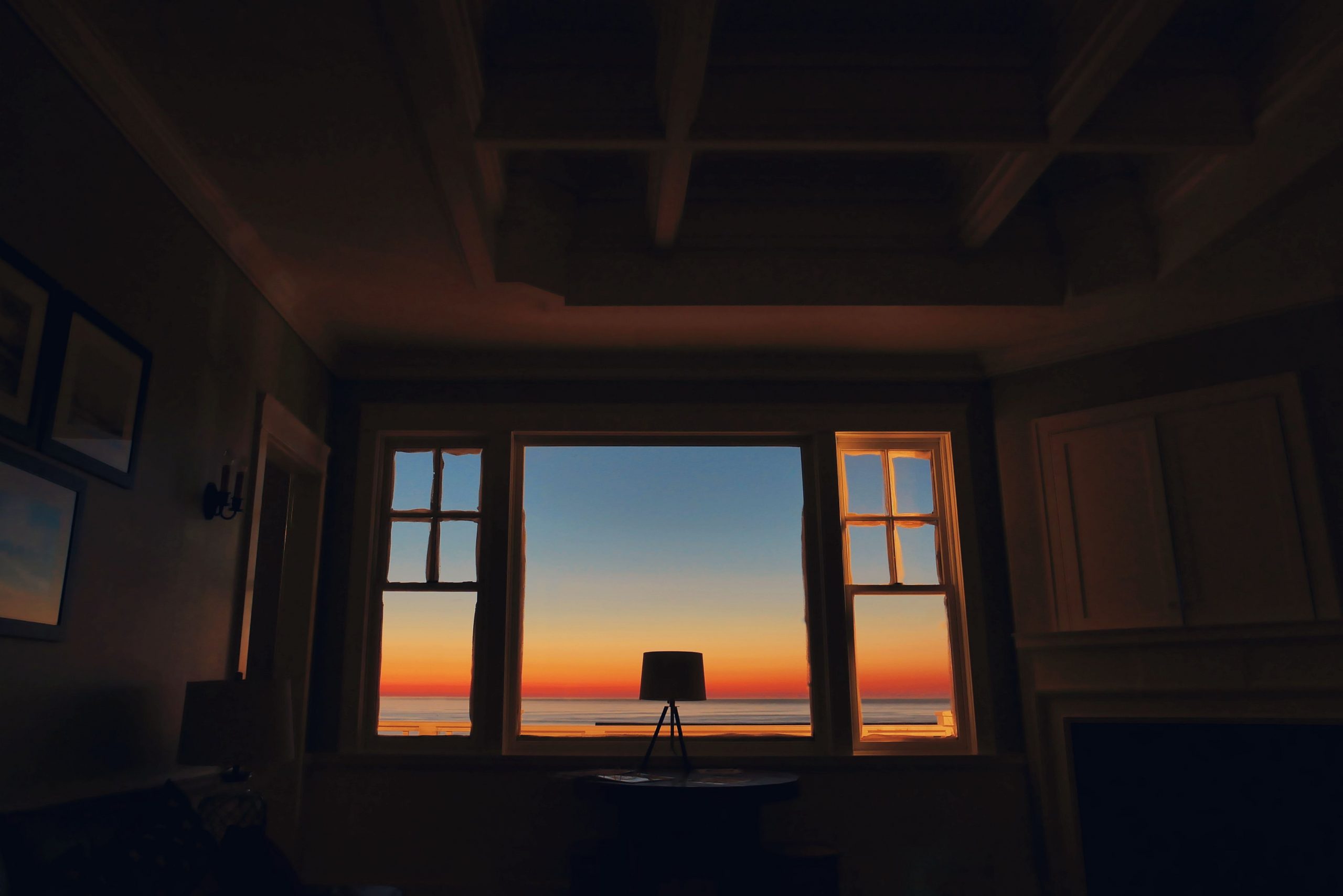 “I close my front door and turn on the light…I let out a breath and hold in a sigh” Among the few constants in life, losing momentum might be the most frustrating. The progressive slide back into unwanted rhythms we thought were behind us. Seemingly unending new ways for the 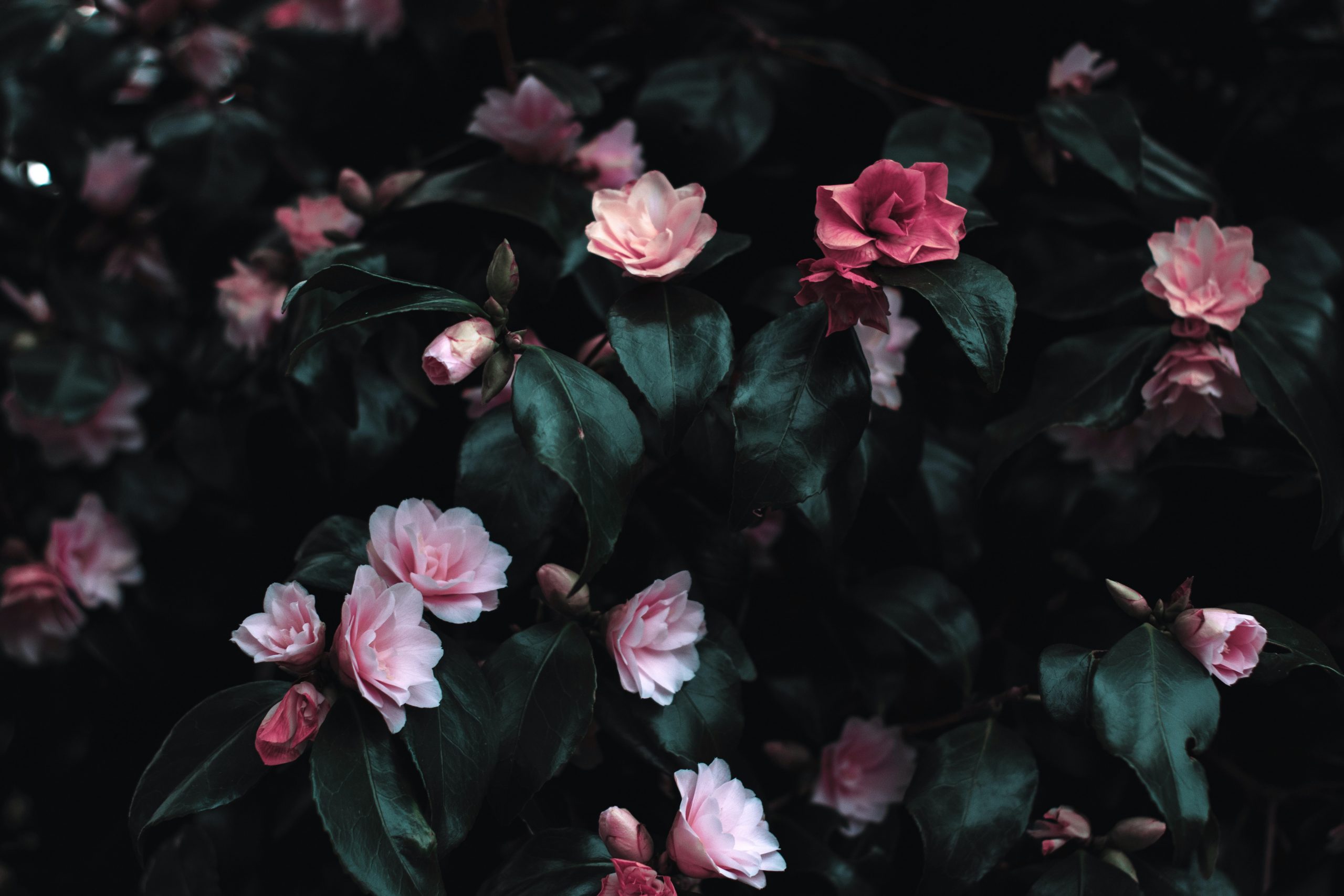 Learning From Others Without Trying To Be Them

Everyone loves a fantastic story with a compelling figure we can examine and judge. We also, to varying degrees, anxiously try to figure out who we are and what we’re doing. These two things often coincide. External inputs are critical for effective growth. Taking information from the world around us 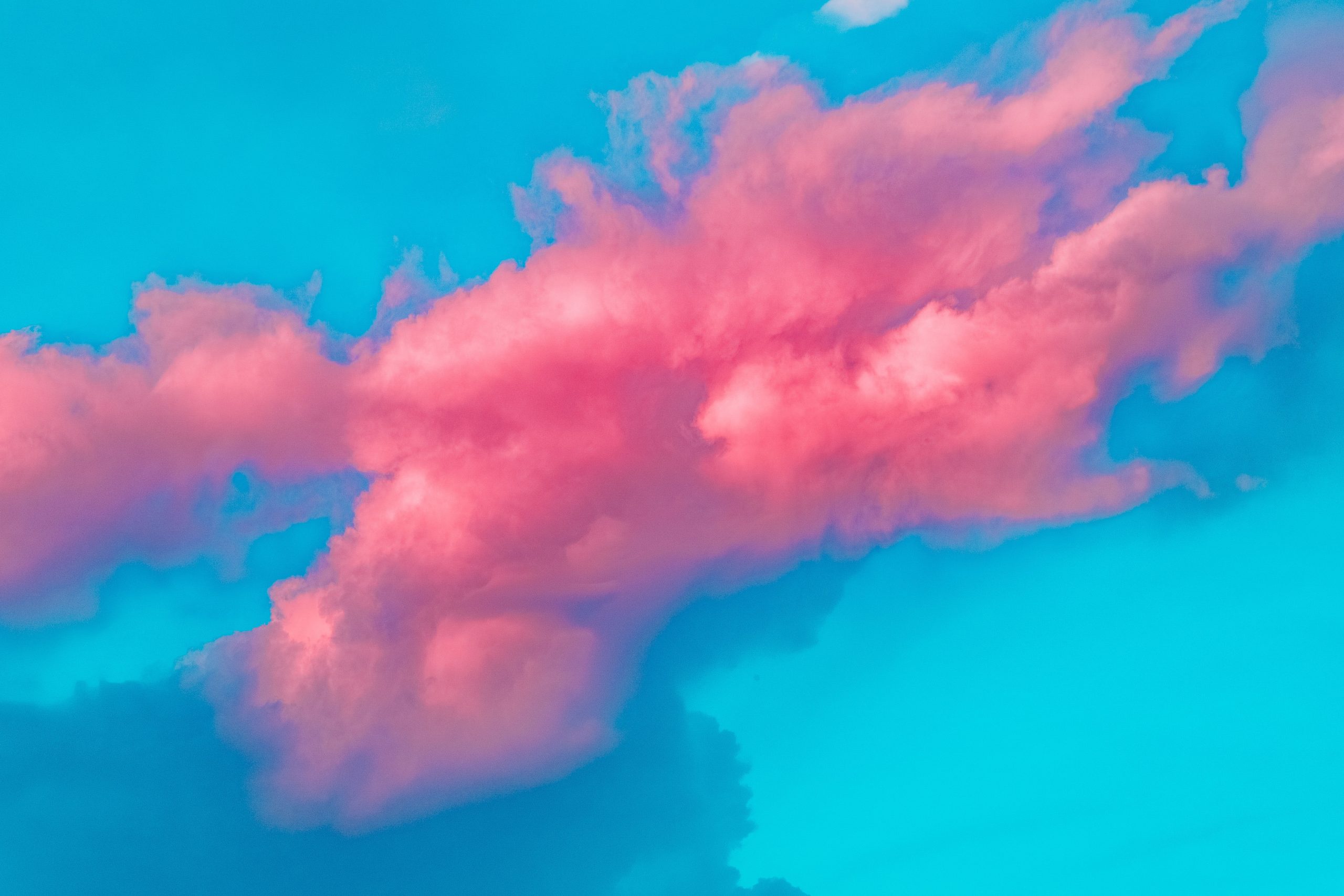 As I get older, my conversations steer toward “well, what’s next?”.  This is inescapable with the people I am closest to. We discuss work, interests, and aspirations – then riff on what makes the most sense to do or how to make it happen. How to make the right move.  This is